We are thrilled to present celebrated artist Ron Arad’s first official venture into the NFT world. Shot in the artist’s London home and studio, the short film provides an intimate look at the artistic process behind the creation of the Reverse Again NFT artworks. The film retraces Ron Arad’s long-standing fascination with the iconic Fiat 500 – from his childhood memories to the creation of artworks such as the Pressed Flowers series and Slow Outburst.

The Reverse Again auction consists of four lots, each with its own unique character yet united in their visual synonymy with the iconic Fiat 500. Arad’s NFTs carry forward his exploration of the relationship between handmade and digital processes, as initiated in his 2014 exhibition In Reverse.

We’re not destroying the cars. We’re immortalising them.

Ron Arad (British, b. Israel 1951) is one of the most influential artists, designers, and architects of our time. He stands out for his daredevil curiosity about form, structure, technology, materials and for the versatile nature of his work, which spans industrial design, hand-crafted studio pieces, sculpture, architecture, and mixed media installations.

In 2013 Arad was elected as a Royal Academician by the Royal Academy of Art in London. The first major retrospective of his work titled No Discipline, debuted in 2008 at the Pompidou Centre followed by the MoMA in 2009. 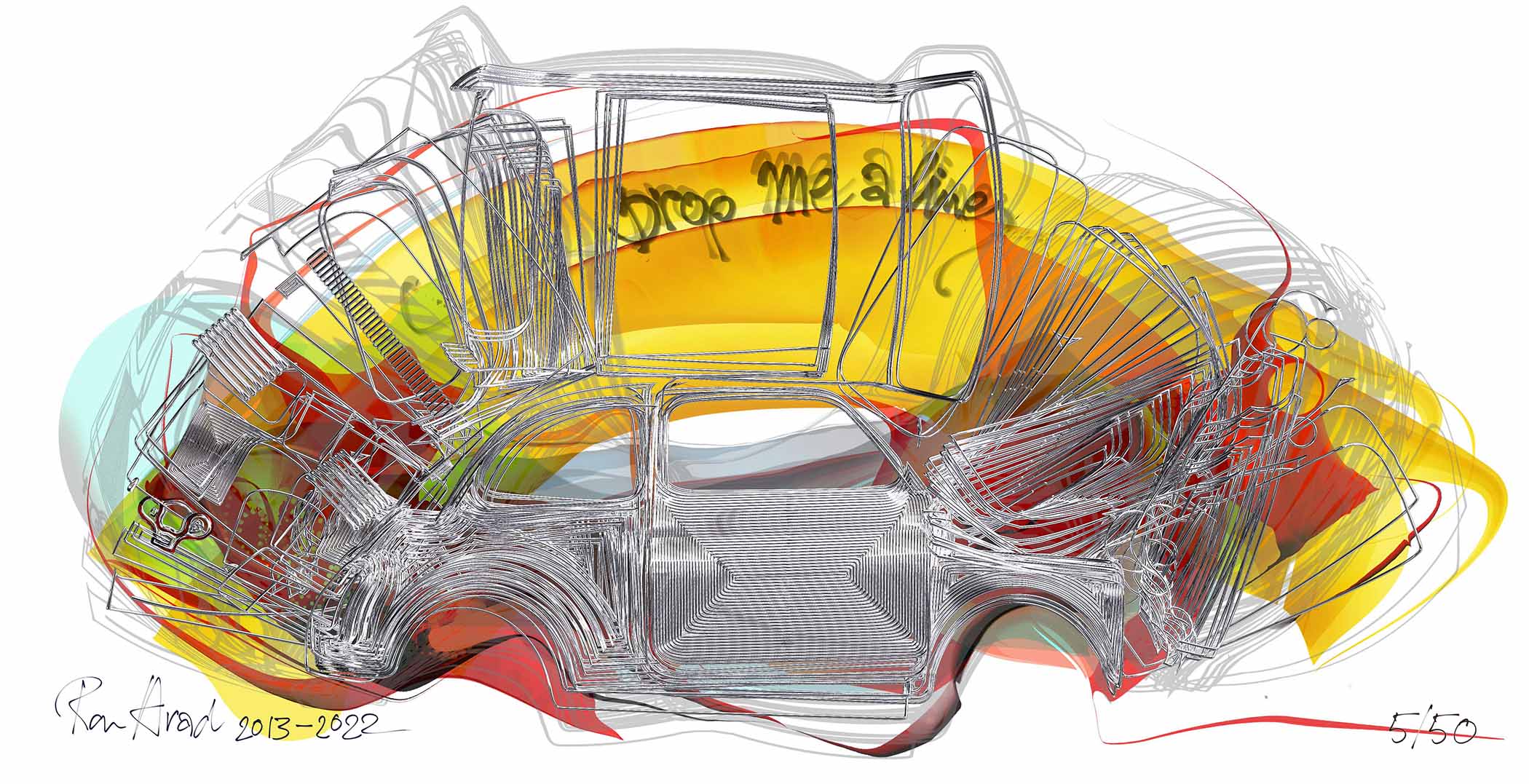 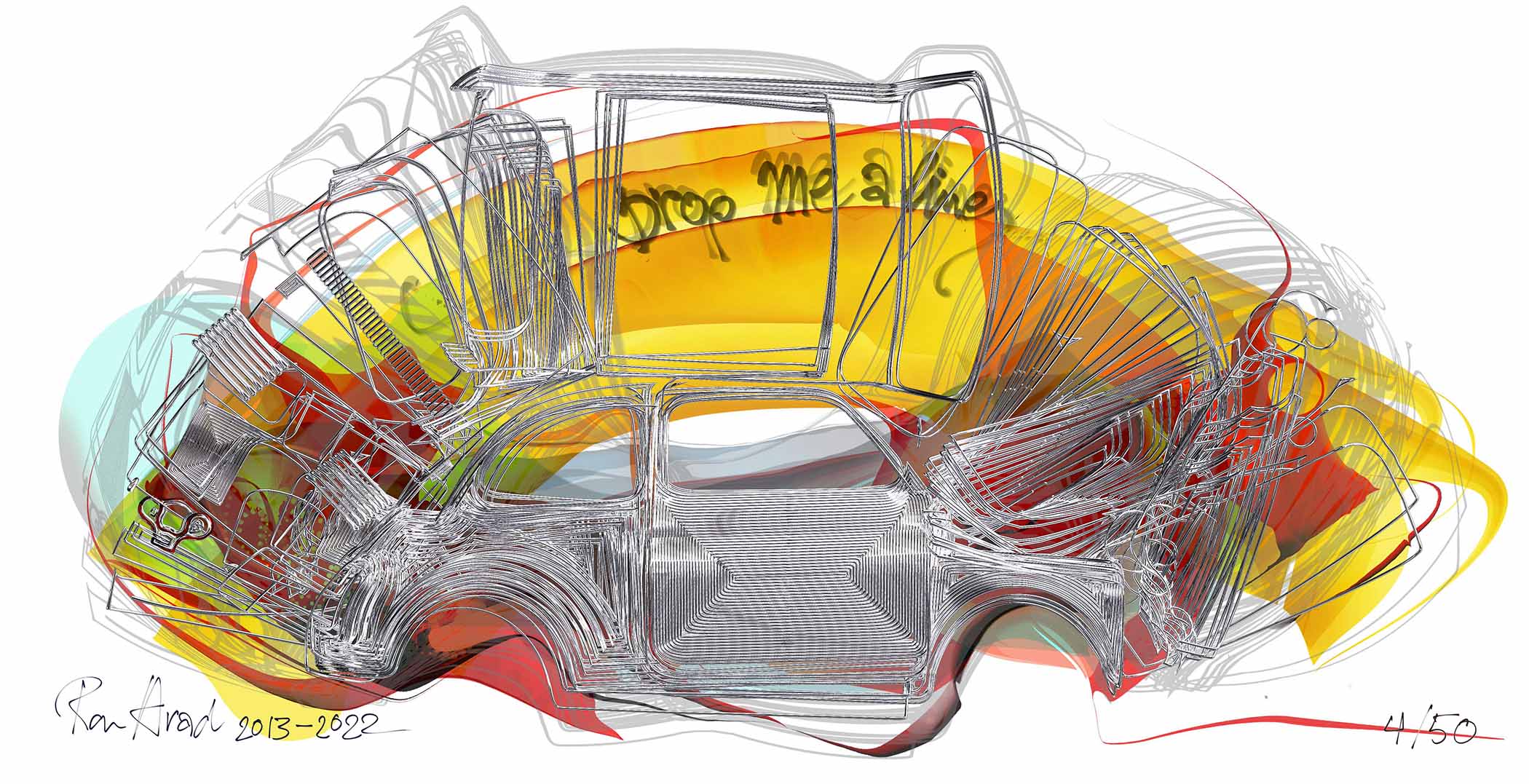 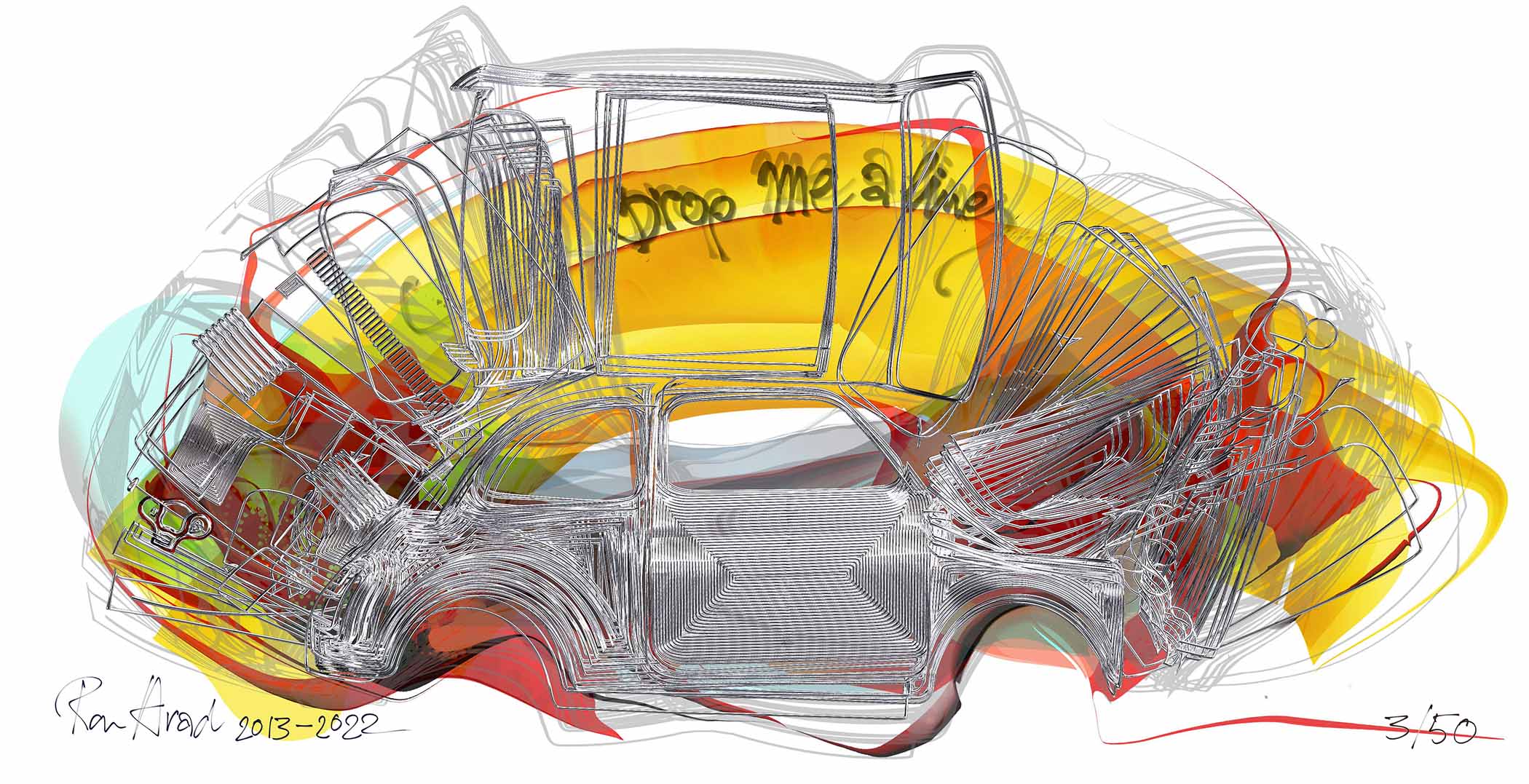 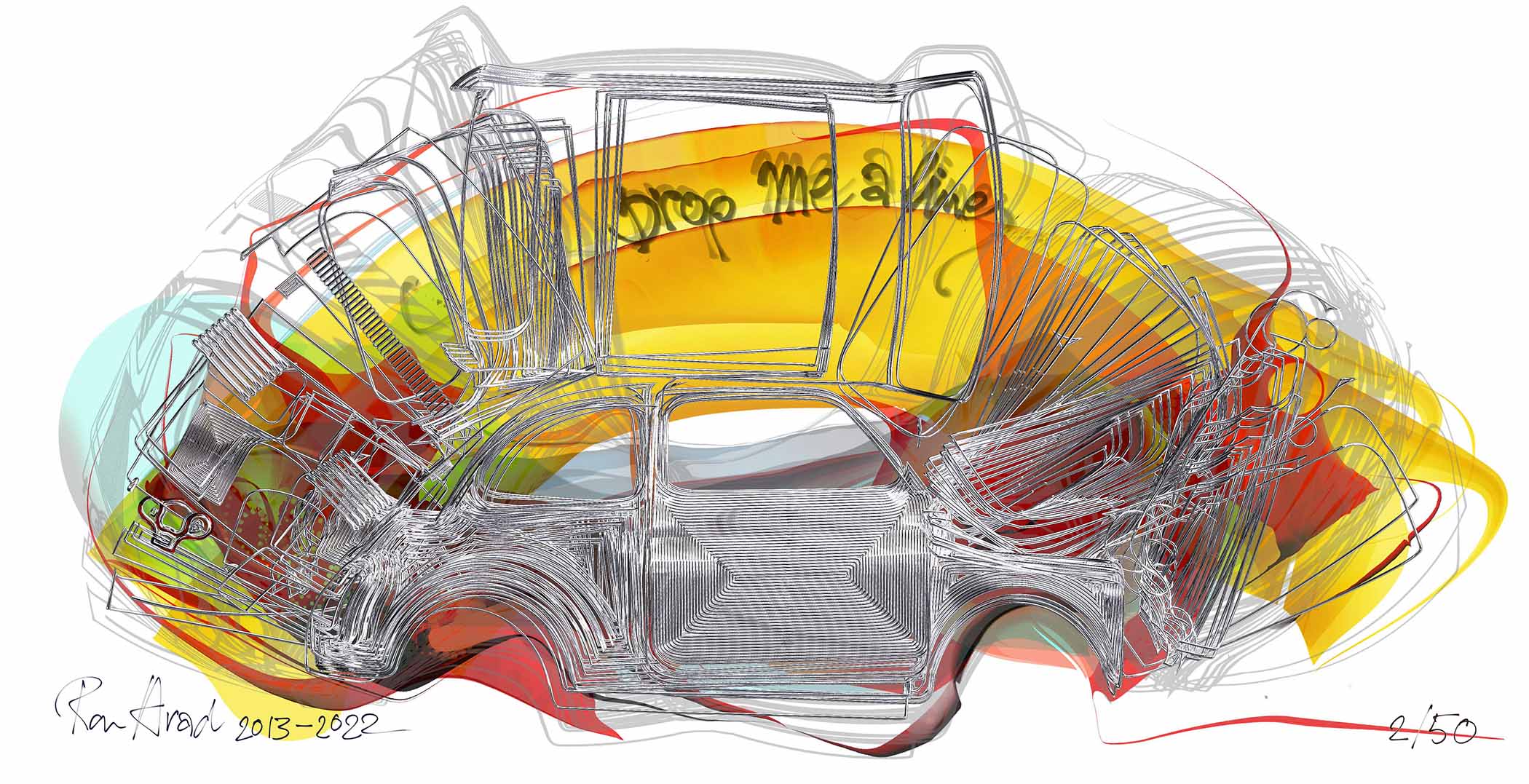 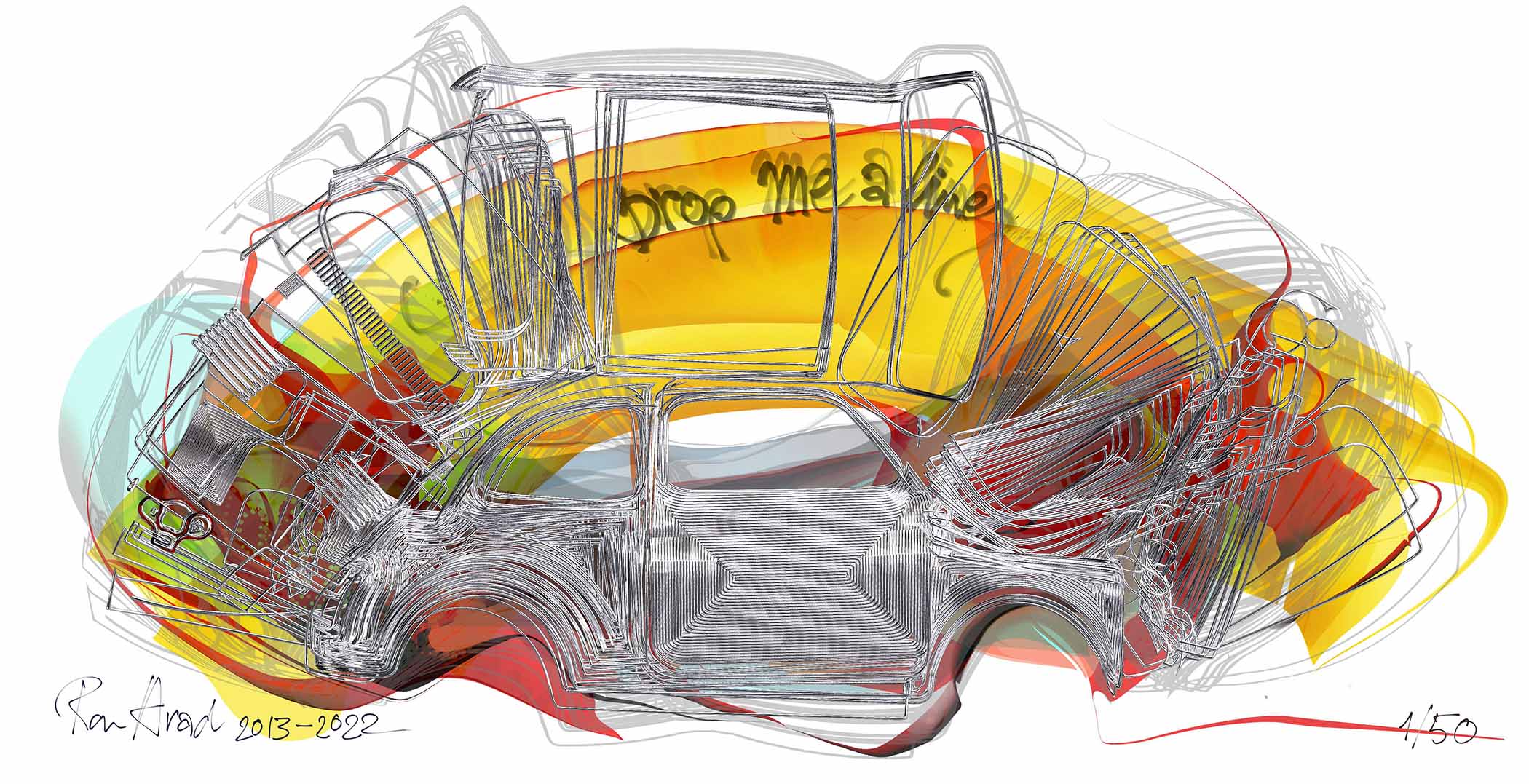 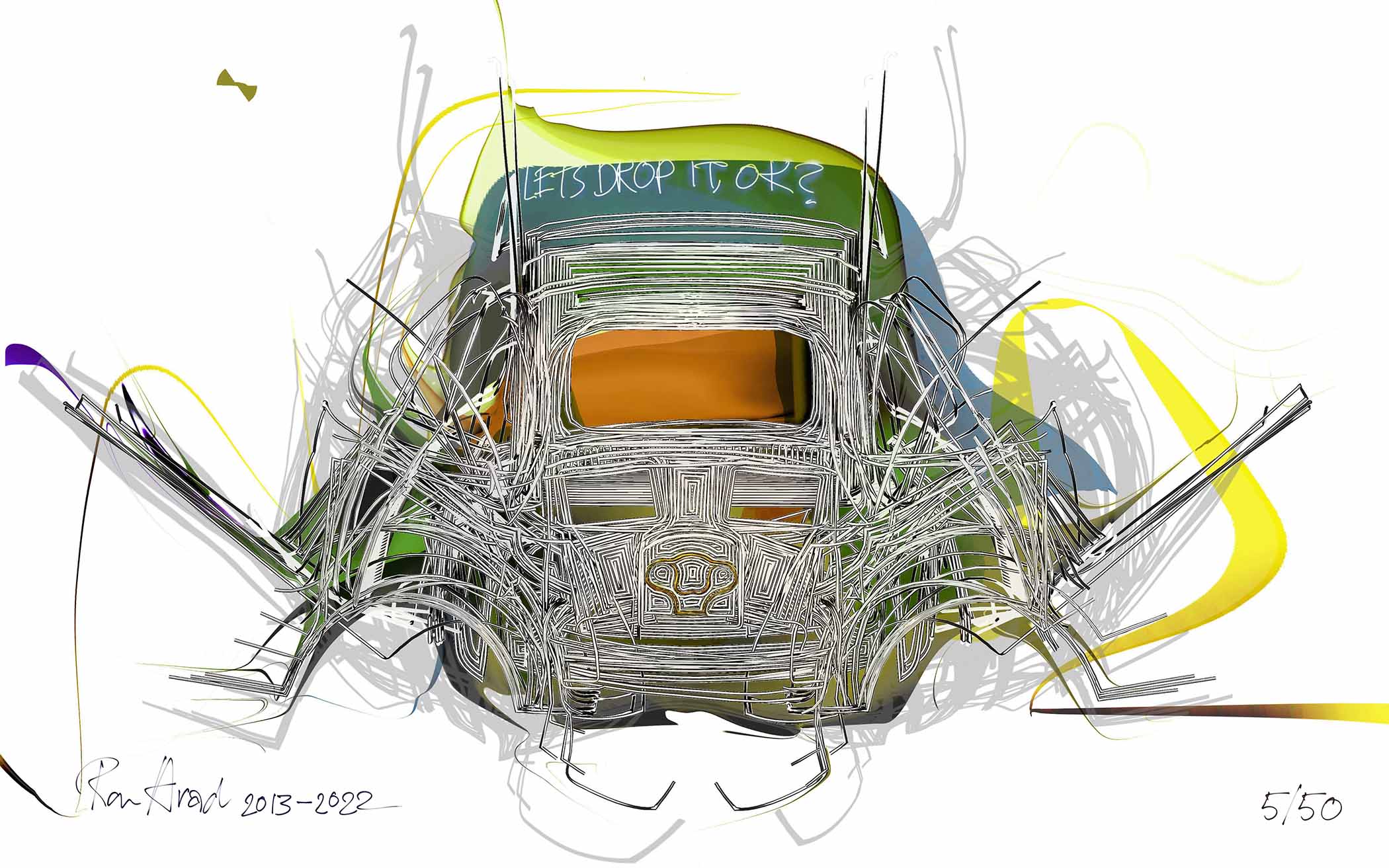 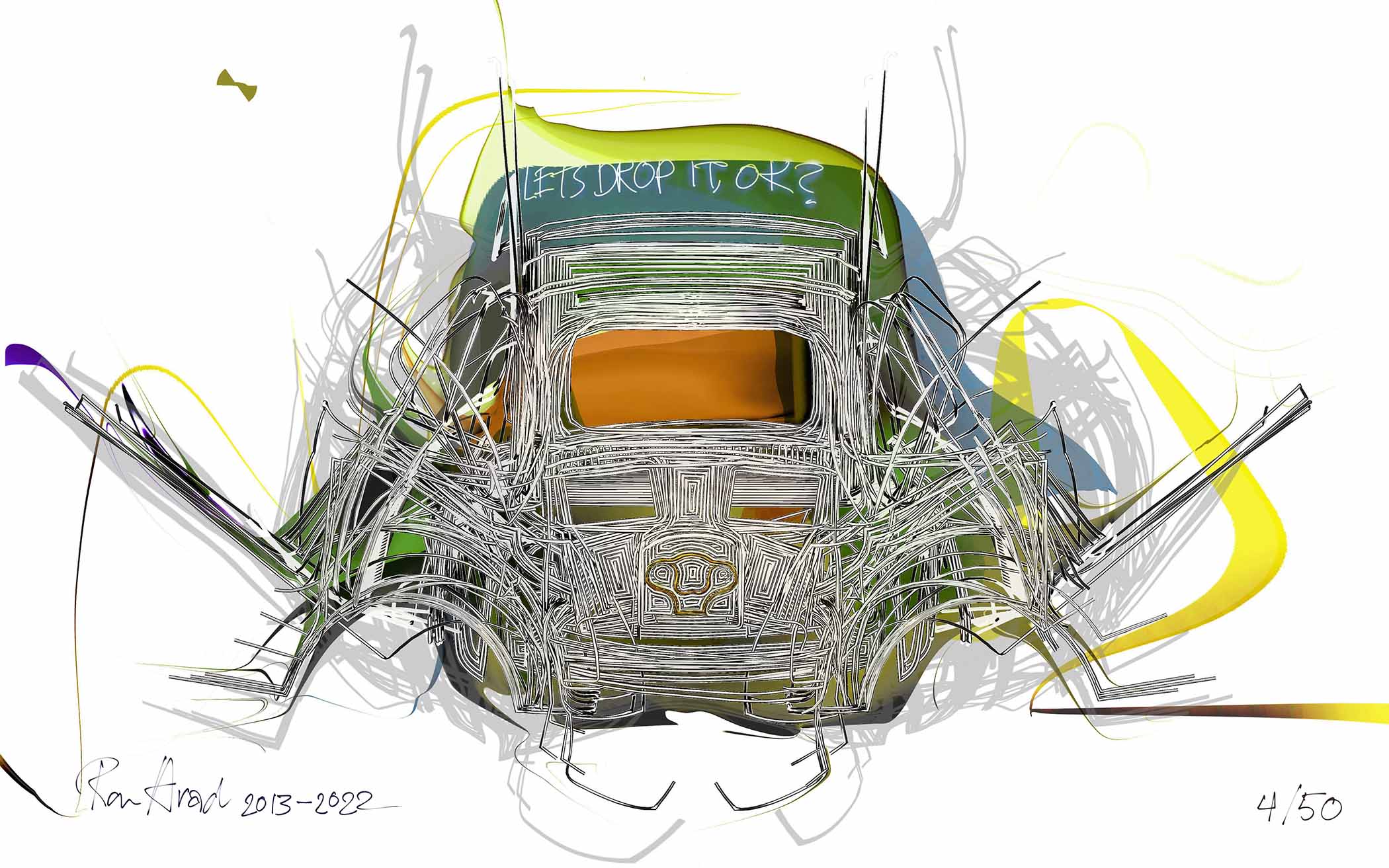 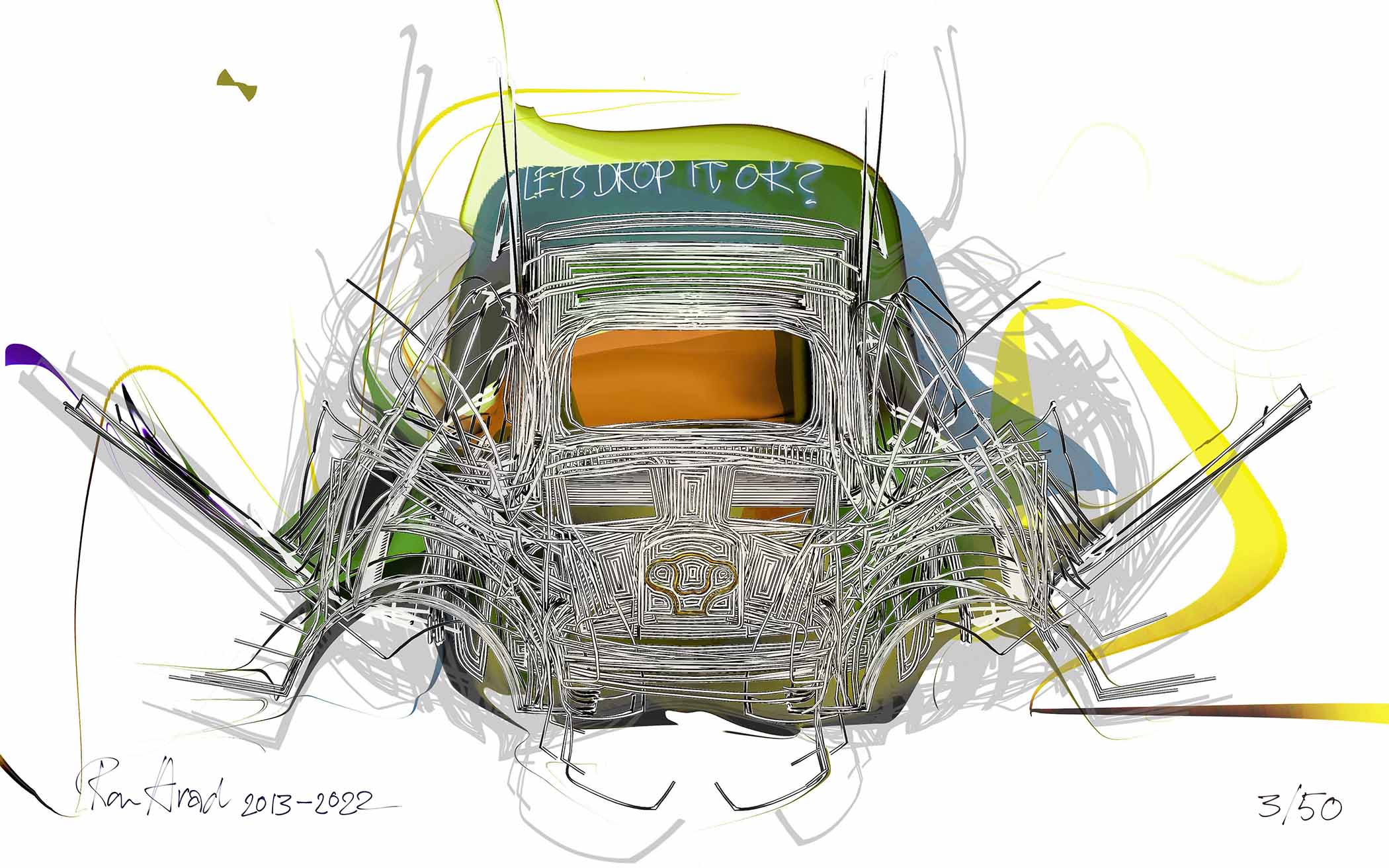 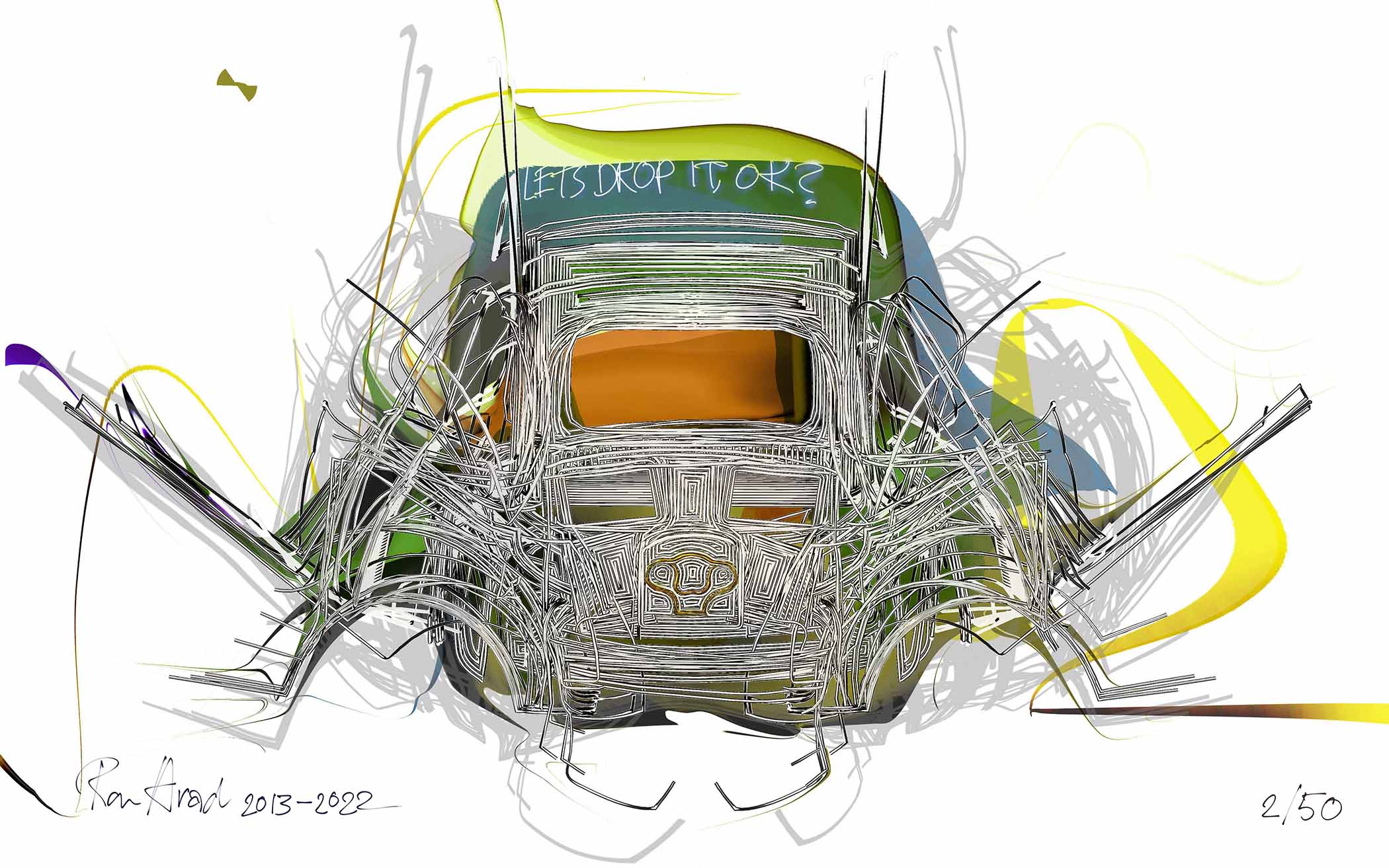 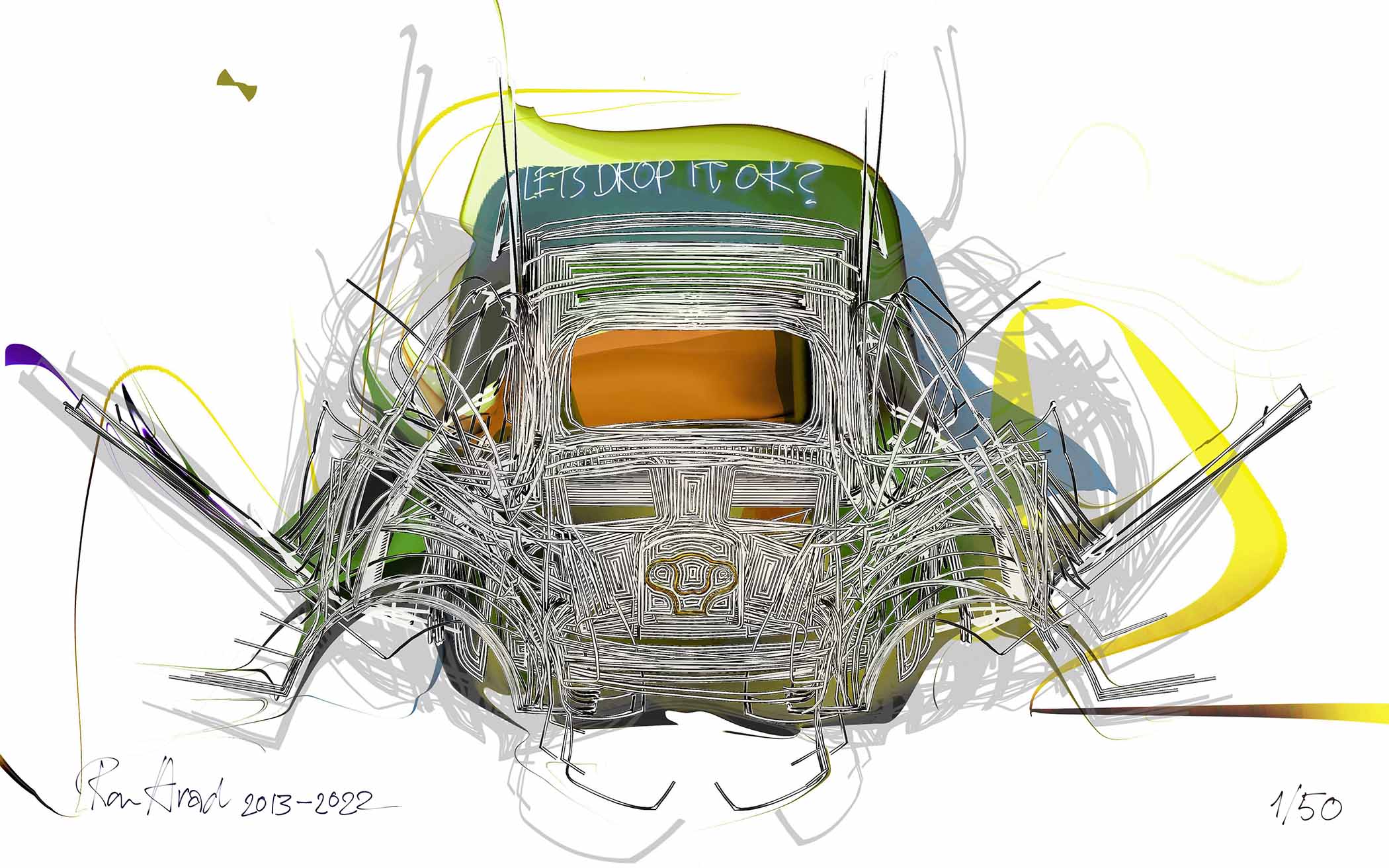