Isaac Julien | Lessons of the Hour

Isaac Julien revisits his visionary ten-screen installation “Lessons of the Hour” in the light of the Black Lives Matter movement. 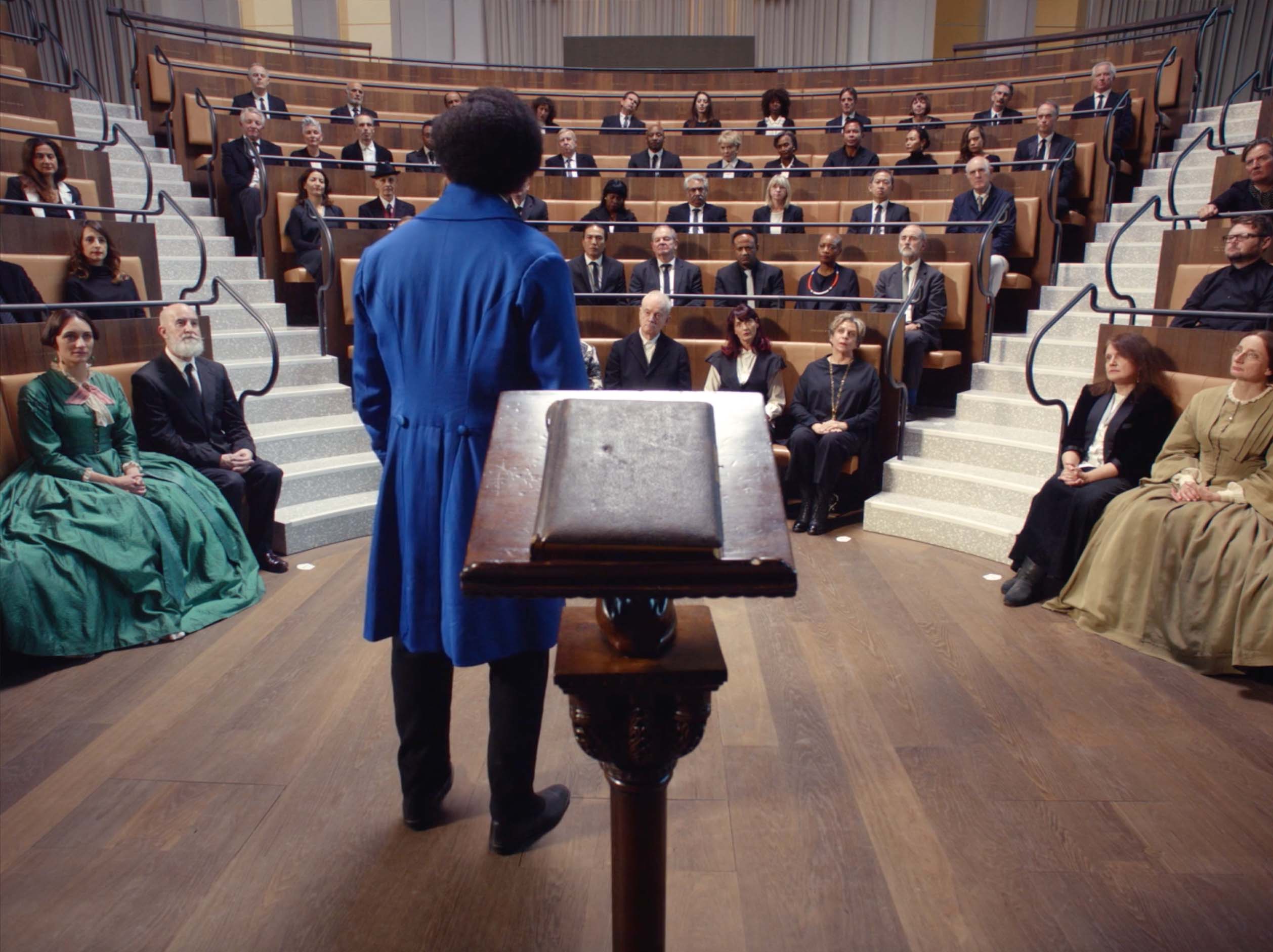 Isaac Julien, Lessons of the Hour, 2019. Courtesy the artist 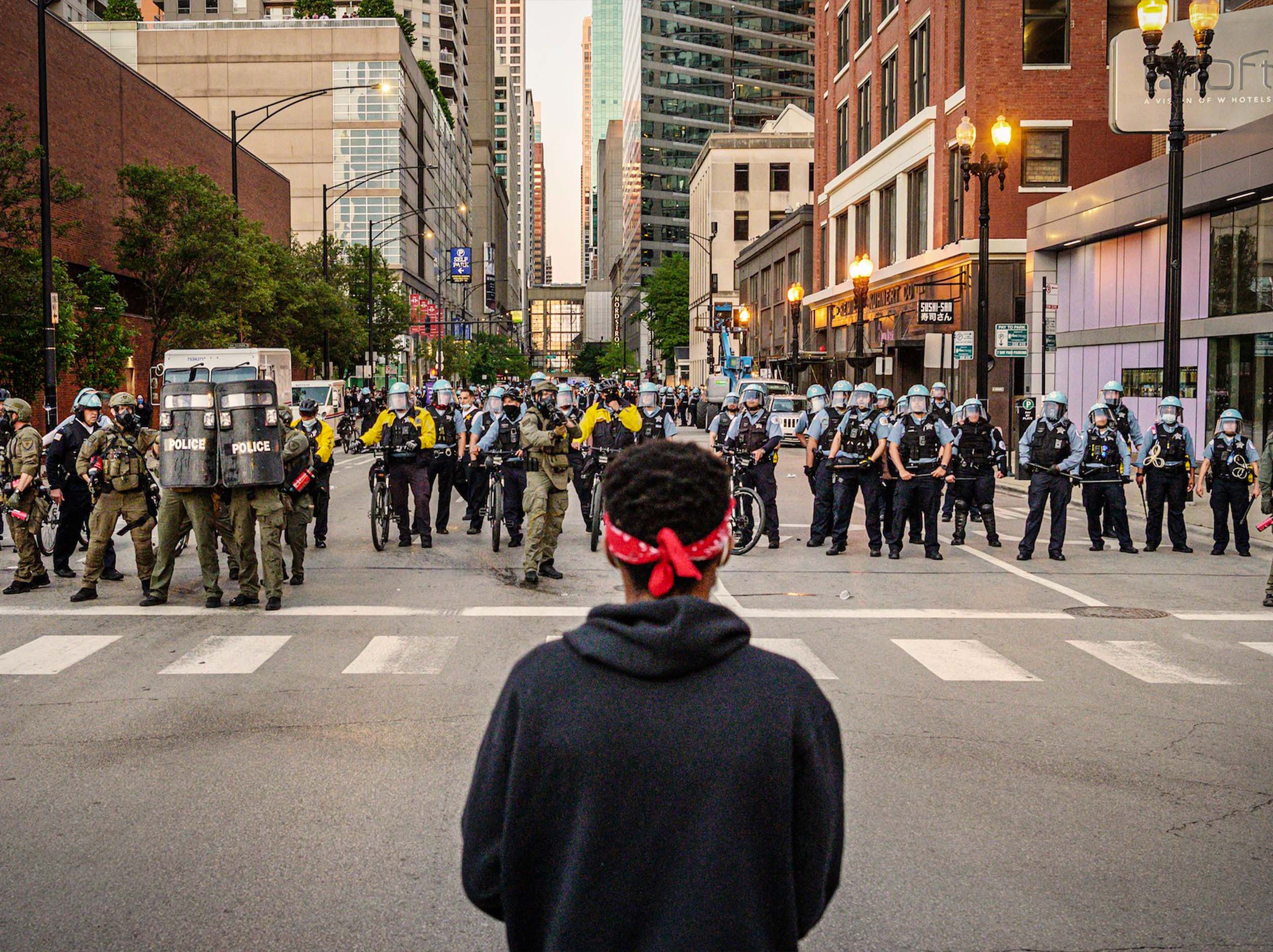 Isaac Julien’s Lessons of the Hour was made in 2019. It is a video installation using 10 screens and contemplates the life and spirit of Frederick Douglass in relation to contemporaneity. Douglass was a prolific orator, writer, abolitionist, collector, former slave, and the most photographed person in the United States during his lifetime. In conversation with Shifting Vision, Julien discussed Lessons of the Hour, its conception and influences, and the ways in which it has been examined in light of the reinvigorated Black Lives Matter movement.

By going back to the 19th century and researching Douglass' life, Julien began to parse the legacy of unanswered questions regarding basic human rights and racial equality. Using excerpts from a selection of Douglass' private and public speeches such as ‘Lessons of the Hour’ and ‘What to the Slave Is the 4th of July?’ paired with richly researched and immaculately executed 19th century set and costume design, the film is exceptional as an art work and as a social commentary, remaining consistently relevant. Julien explained how the work speaks to the legacy of the Confederacy in America from the 19th century until now, with the same issues essentially still unresolved.

Lessons of the Hour has had renewed interest in 2020, not only due to its resonance with the Black Lives Matter movement, but also via its medium. The global lockdowns brought on by COVID-19 have deeply affected the art world, in particular, the ability to visit museums and galleries and interact with art works first hand. ‘You can see the special function that art has in our lives during this lockdown moment,’ Julien said. ‘Video art has had this renewed urgency because all the other art forms don't look great on digital platforms but film and moving image works are not so compromised.’

The film wove various mediums together which Julien feels, 'created an atmosphere between painting and photography.’ The artist said that Douglass was also interested in varied media: 'He was very eloquent, he was interested in photography and the Grand Tour. He was a collector. He was amazing.’

When one of our curators asked whether Daumier's The First Class Carriage had been an art historical reference in the work, Julien replied enthusiastically that it was. He then spoke  about how he relates to art history in his work, and his own place in it:

‘Lately, I've been really interested in art history, whether it’s a more Modernist version of art history through the work of the Italian Brazilian architect Lina Bo Bardi or whether we're going back into the 19th century in the case of Frederick Douglass. At the time, I was looking at a number of works from the period such as the carriage and other works in the National Portrait Gallery, National Gallery, and the Royal Academy. I was really looking at the lighting and the use of paint colour, saturation, all of those things. When I'm making a work I tend to work with a costume designer and an art director and we all go to the museum and study works of art. I’m trying to bring that into the imagining of the work.’

Finally, Julien spoke with us about a gallery at the Royal Academy Summer Exhibition he curated as an homage to the late curator and art historian Okwui Enwezor. Commenting on how he sees his curatorial work as an artist, Julien said he doesn't really see himself as a curator. Rather, he was keen to create an exhibition highlighting Enwezor’s work, saying: ‘It’s an artist’s gesture really to show appreciation of his work and what he did.'

The gallery opened to the public in October 2020. Julien spoke enthusiastically about the slow return to in-person gallery experiences: ‘I’m really excited that so many artists have come forward to show works in the Summer Exhibition, belatedly, but it will take place.'