Karam Natour discusses his creative process through “Genesis”, a drawing inspired by a portrait of Johann Adam Schall von Bell. 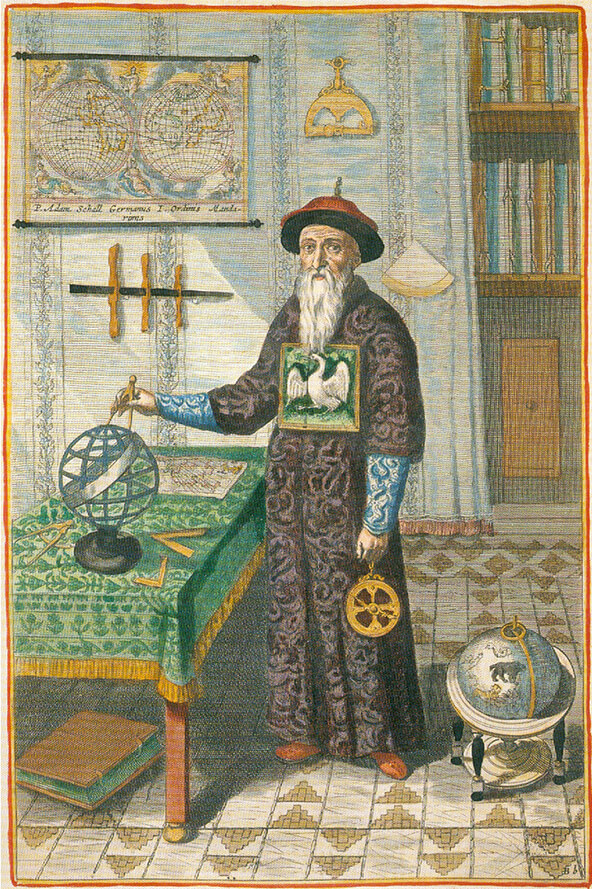 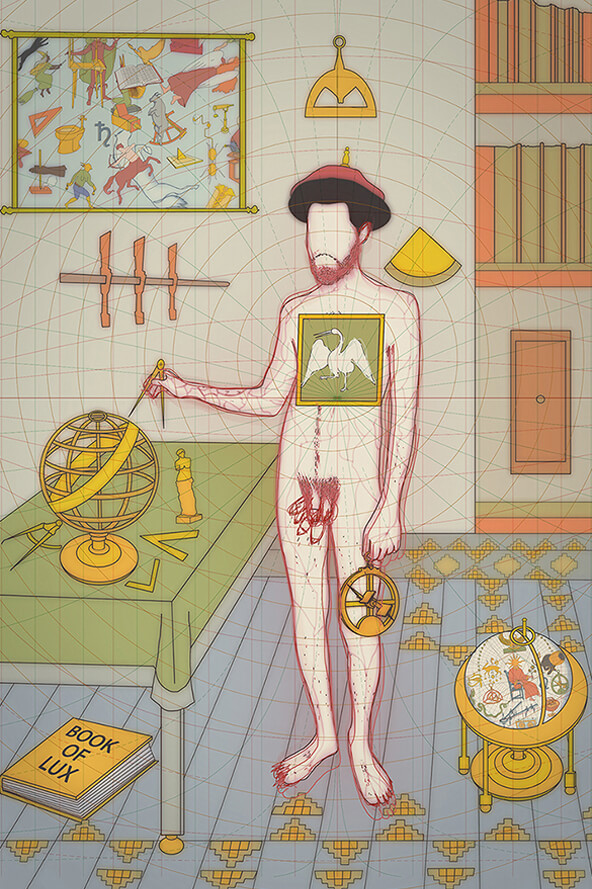 Karam Natour's drawing practice uses video and photography as preliminary steps in creating his elegant drawings, which combine a myriad of cultural, social, and geographic references. In conversation with Shifting Vision, Natour discussed the ‘Genesis’ of his creative process, and his modern, multidisciplinary drawing practice.

Genesis was inspired by a 16th century image of a Jesuit Missionary. Natour spoke about his visual interest in astronomy and astrology, their mysterious qualities and the multiplicity of their visual interpretations.

Natour said: ‘I like the visual aspect of it, all these matrices of lines, perspective, perception, colour, the of 3D element of it.’ This type of imagery also informed a shift in his use of colour. 'I became interested in the meaning of colour and my drawings became colourful for the first time as opposed to monochrome,’ he said.

Genesis also examines the notion of measuring via the various instruments it includes. Indeed, Natour sees his own drawing practice as one of measuring. 'I was trained mainly as a video artist. Video, I always say, is my mother tongue, meaning it is the medium I use fluently. Moving image is  the foundation of my artistic practice.'

'Humour is a very important aspect in my work. But for me humour is important also as a value, as a way of life. Meaning, it's important to interact with different territories in life, whether political, mental, spiritual, virtual, in a kind of humoristic [sic] way.'

‘I very much enjoy how she gets out her libido visually in terms of creative energy I mean, sexual, creative energy. Creative in the sense that it creates, a very direct meaning. I wanted to convey that in the work. The penises for me are symbols of this kind of clash, the electricity of creating something.'